ABS-CBN REFUSES TO RECOGNIZE DOJ'S DECISION! SWEARS TO APPEAL THE CASE TO CA! 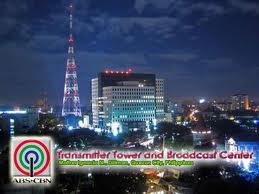 GMA earlier petitioned with the Supreme Court its P100-million civil damages case for libel lodged against ABS-CBN for the aforementioned defamatory statements.

On November 9, 2010, the Court of Appeals released a Decision that junked ABS-CBN’s motion to file copyright infringement charges against GMA on grounds that the airing of Dela Cruz’s homecoming [by GMA] was done in good faith and cannot be regarded as infringement of copyrights.


The Department of Justice (DOJ) recently ordered the City Prosecutor of Quezon City to file libel charges against ABS-CBN for malicious imputations aired over its broadcast platforms in relation to the alleged “stolen” footage by broadcast giant GMA Network.

Meanwhile, ABS-CBN’s Corporate Communications Department sent a text message in response to the above press release by GMA-7.

Here is the official statement of ABS-CBN:

“We disagree with the ruling and we shall appeal it to the Court of Appeals.”

In her four-page resolution promulgated on December 14, 2011, DOJ Secretary Leila De Lima said, “The malicious imputation was evident from the use of the words ‘magnanakaw ng aming eksklusibong kuha,’ ‘pamimirata ng footage,’ ‘pagnanakaw ay isang malaking krimen,’ and ‘pagnanakaw ng video’ uttered by [ABS-CBN respondents].” These were aimed at casting discredit or dishonor to GMA on live nationwide broadcast.