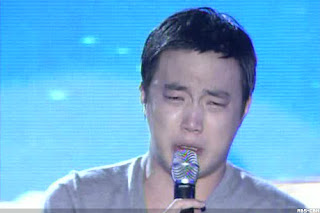 MANILA, Philippines –The longest-running “Showtime” Hurado, Ryan Bang, was voted out of the show on Saturday.

“Showtime” hosts, especially Vice Ganda and Anne Curtis, ended up in tears as Bang bid goodbye to all the friends he made in the past 48 weeks.

She announced: “Effective Monday, I will be out of ‘Showtime’ and Ryan will take my seat.”

On her last day as a “Showtime” Hurado, Romana extended her sincerest thanks to the whole “Showtime” family.

Howdy I am so grateful I found your webpage, I really found you by error, while I
was looking on Aol for something else, Anyways I am here now and would just like to say cheers for a remarkable post and a all round entertaining blog
(I also love the theme/design), I don't have time to browse it all at the moment but I have book-marked it and also added your RSS feeds, so when I have time I will be back to read a great deal more, Please do keep up the excellent job.

This post is invaluable. Where can I find out more?

Terrific article! This is the type of information that should
be shared across the web. Disgrace on Google for not positioning this put up higher!
Come on over and seek advice from my website . Thank you
=)

Have a look at my page magnetized flashlights

Hi would you mind sharing which blog platform you're working with? I'm looking to start my own blog in the near future but I'm having a difficult time choosing between BlogEngine/Wordpress/B2evolution and Drupal. The reason I ask is because your design seems different then most blogs and I'm looking for
something unique. P.S Apologies for being off-topic but I had to ask!

I think what you typed made a lot of sense. However, consider this, suppose you typed a catchier title?
I ain't saying your information is not good., however suppose you added a post title that makes people want more? I mean "RYAN'S SHOWTIME EVICTION CREATES BUZZ IN SOCIAL
NETWORKING SITES!" is kinda vanilla. You might peek at Yahoo's front page and watch how they create post titles to grab people to open the links. You might add a related video or a pic or two to grab people interested about what you've got to say. In my opinion, it would make your blog a little livelier.

Excellent website. A lot of useful information here.
I am sending it to some buddies ans also sharing in delicious.
And certainly, thank you to your sweat!

Feel free to surf to my weblog; juice diet

Hi there! I could have sworn I've been to this blog before but after browsing through some of the post I realized it's new
to me. Anyhow, I'm definitely happy I found it and I'll be book-marking and checking
back often!

I believe this is one of the so much significant info for me.
And i'm satisfied reading your article. But want to remark on some common things, The website style is ideal, the articles is in point of fact excellent : D. Good activity, cheers

Hello, i think that i noticed you visited my weblog so i got here to return the desire?

.I am trying to to find things to improve my site!
I suppose its adequate to use a few of your ideas!!

If some one wishes expert view regarding running a blog afterward i advise him/her to pay
a quick visit this weblog, Keep up the fastidious job.

It is not my first time to pay a quick visit this web page, i am visiting this web page dailly
and get good data from here daily.

Pretty! This was a really wonderful post. Thank you for providing
this information.

Hello, after reading this remarkable piece of writing i am too happy to share my experience here with mates.


Feel free to surf to my page juicer seen on tv

excellent post, very informative. I wonder why the opposite
experts of this sector do not realize this. You should continue your writing.
I am confident, you've a great readers' base already!

Quality articles or reviews is the key to interest the users
to visit the website, that's what this web page is providing.

I know this web page presents quality depending posts and other stuff, is there any other
site which presents these kinds of things in quality?

Have a look at my web-site; holiday gift ideas

It's remarkable designed for me to have a web site, which is good in support of my knowledge. thanks admin

I'm not sure exactly why but this website is loading very slow for me. Is anyone else having this problem or is it a issue on my end? I'll check back
later on and see if the problem still exists.

Hi there, I enjoy reading all of your post. I wanted
to write a little comment to support you.

What's up friends, nice article and nice urging commented at this place, I am actually enjoying by these.

Greetings from Florida! I'm bored to death at work so I decided to check out your site on my iphone during lunch break. I enjoy the information you present here and can't wait to take a look when I get home.

I'm amazed at how quick your blog loaded on my phone .. I'm not
even using WIFI, just 3G .. Anyways, awesome blog!

You'll be able to find out if they were competent, if
they returned calls within a fair amount of time, if they were friendly and more.
Another accident is just waiting to happen if you just brush it off and take an apology
off your boss. Although it has been said that America is a little over-litigious,
there are several reasons why you need to get
the assistance of a personal injury attorney after your car accident.

Not exactly, but we've all chatted with someone whose been annoying like that.
With My3G, applications think they are using WiFi rather of 3G.
Apple, becoming the creator of iPod Contact, has limited the abilities of iPod Touch.