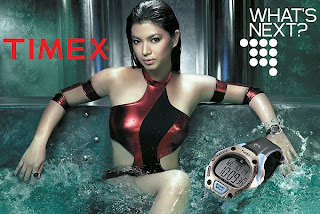 MANILA, Philippines - Actress Angel Locsin and singer Taylor Swift were the most searched personalities in Google among netizens in the Philippines for the period of June 17 to 23, according to the search engine giant.
Locsin emerged as top newsmaker after it was reported that she will do a project with Piolo Pascual, her co-star in the defunct TV series "Lobo". She will also be in "Maalaala Mo Kaya: The Movie."

News about Swift's purchase of a Beverly Hills estate for $3.5 million intrigued netizens. Swift was in the country recently for a soldout concert in Manila.
Meanwhile, Kate Middleton, Duchess of Cambridge, also became a newsmaker for the week as her letter to Wimbledon officials reportedly had spelling mistakes.
Other celebrities such as Lady Gaga, "Gossip Girl"'s Blake Lively, Justin Bieber, and Bruno Mars, also landed on the top 10 newsmakers, as did Sarah Geronimo and Dwyane Wade of Miami Heat.
Here is the list of the fastest rising newsmakers for the week of June 17-23, as shared by Google PH:
1. Angel Locsin
2. Taylor Swift
3. Kate Middleton
4. Lady Gaga
5. Sarah Geronimo
6. Blake Lively
7. Justin Bieber
8. Bruno Mars
9. Kim Hyun Joong
10. Dwyane Wade
Top news
Japanese artist Takashi Murakami created a Google Doodle of the Summer Solstice, the longest day of the year in the northern hemisphere, which attracted the attention of Pinoy netizens, such that it became the fastest rising news for June 17-23.
This was followed by "scarlet fever", which the Department of Health said the Philippines does not have, and "transgender" as Pinoy netizens read about the United Nations' recent endorsement of their rights as well as that of gays and lesbians.
Sports continued to be of interest to Pinoys as they searched for news about Wimbledon.
And here's the list of the fastest rising news for June 17 to 23, from Google PH:
1. Summer solstice
2. Scarlet fever
3. Transgender
4. Wimbledon
5. Green Lantern
6. Game of thrones
7. Tuko for sale
8. Singapore Airlines
9. RH Bill
10. Transformers 3
Source: ABS-CBNNEWS
at 6:41 PM