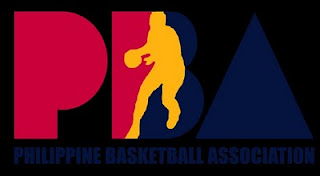 The Philippine Basketball Association (PBA) Board of Governors has approved the proposal of Solar Entertainment Corp. to transfer the television coverage of the games in the next two conferences to ABS-CBN’s Studio 23.
The PBA Board granted approval on Monday after evaluating the technical facilities and capability of Studio 23.

"The members of the Board have consulted with their respective principals regarding the said transfer," said board chairman Rene Pardo in PBA’s official statement.
"Given the time constraints and lack of available and acceptable VHF channels at this time, the Board allowed the transfer of the coverage to Studio 23 for the rest of the season," he added.
Solar Entertainment proposed to transfer the coverage after government channel RPN-9, which aired the games for several years, decided to reformat its programming.
PBA Commissioner Chito Salud said they made the decision so that fans will continue to enjoy the games.
"The Board's decision ensures that our fans will continue to enjoy our PBA games for the 36th season," said Salud.
"It has always been the primary consideration of the Board of Governors that our games are brought to a wider and younger audience," he added
at 2:52 PM

“The free NBA games will also move to Studio 23 with the finals to be shown possibly on Channel 2.” said a Solar source.

Solar Sports owns the rights to produce and show the PBA on TV up to the end of the year but is seeking Board approval to move the games from a VHF channel – RPN – to Studio 23. The TV-5 network has offered Solar a P60 million bail-out to pay for the production of the telecast on condition the games will continue to air on RPN. But Solar has refused the offer as RPN will undergo a major reformat without the PBA or NBA. TV-5 officials argued that moving the PBA out of RPN in the middle of the season will be detrimental to efforts of improving viewership. The Board had previously agreed not to move out of a VHF channel.

If the Board insists to stay on a VHF channel, Solar will reportedly relinquish its PBA rights. A PBA source said if Solar gives up the rights, it will be penalized P5 million and charged about P65 million which is owed to the league.

If the Board agrees to the shift to Studio 23, Solar will continue to produce the games and use the ABS-CBN channel as a block-time vehicle until the end of the season. “We just need a network to carry the games because RPN is reformatting,” said a Solar source. “The free NBA games will also move to Studio 23 with the finals to be shown possibly on Channel 2.”

MANILA, Philippines – ABS-CBN Sports announced on Friday that it will be airing the National Basketball Association (NBA) All-Star Game on Studio 23.

The local telecast of the NBA All-Star Game will be on February 21 (Manila time).

ABS-CBN will also air on Channel 2 the NBA Playoffs and the Finals.

read it and weep. HAHAHA